Twenty people were killed and 26 others wounded on Saturday after a shooting at a shopping center in El Paso in U.S. state of Texas, local officials said at a press conference.

Rwandan health minister Diane Gashumba on Thursday dismissed reports saying Rwanda has closed its border with the Democratic Republic of the Congo (DRC) over fears of Ebola outbreak.

Zambia to benefit from China through enhanced cooperation: expert

The Zambian government attaches great importance to its bilateral cooperation with China, which will benefit the people of Zambia through improved economic growth, says an industry group.

Russia declares state of emergency in four regions over wildfires

Russia has declared a state of emergency in forests in four regions of Siberia and the Far East over mass wildfires, the Russian Aerial Forest Protection Service said Monday.

Iran and Russia have agreed to hold a joint naval exercise in the Indian Ocean in near future, Iran's navy commander announced Monday.

A Zambian peace and development expert has urged African governments to continue enhancing China-Africa relations stating that the continent still has a lot to learn and share with China given that country's economic success.

Iran on Monday warned the European signatories of the 2015 Iranian nuclear deal of withdrawing from more of its commitments under the deal if they fail to meet Iran's demands.

Chinese companies are keen to expand their footprint in Kenya's renewable energy sector whose growth has accelerated against a backdrop of friendly policy and regulatory environment, senior executives have said.

Tunisia on Saturday bid farewell to its President Beji Caid Essebsi who passed away on Thursday morning at the age of 92.

South Sudan's investment climate has recently improved thanks to normalcy linked to the ongoing implementation of the revitalized peace deal by the warring parties, a senior official said on Friday.

Several U.S. farm associations on Thursday urged the Trump administration to end trade disputes with its trading partners and restore agricultural markets, as the government unveiled details of a 16-billion-U.S.-dollar trade aid package for farmers who have been hit hard by the U.S.-initiated trade wars.

Some 625 Ugandan peacekeepers have arrived in Mogadishu to begin duties of supporting the UN efforts to bring peace and stability to the Horn of Africa nation, the UN said on Friday.

The sound of music is still heard in war-torn Yemen, as a Yemeni musician seeks to achieve his dream of creating a national music group and dozens of young people insist on learning music to get rid of the pain caused by the war.

Interview: Europe's future linked to that of China: expert

No major change is expected over the European Union's China policy under the EU's new leadership given their practical views on China and bilateral relations, and there is plenty of room for further two-way cooperation, an expert has told Xinhua.

Kamal Ibrahim, 60, used to smoke various cigarettes, and he did not expect that he would give up his habit, even when he was in hospital to receive treatment due to the negative impact of smoking for his health.

Leen Alhaj, 21, based in Nuseirat refugees camp in the central Gaza Strip, is drawing on grape leaves and turning them into beautiful paintings.

Russia has completed delivery of the first shipment of S-400 air defense missile systems to Turkey, according to media reports on Thursday.

Highlights of China's innovation over past 5 years 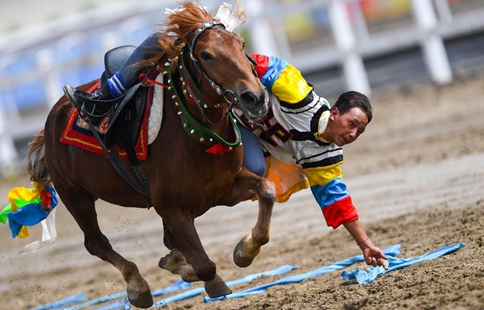 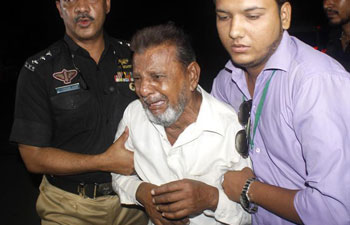 Peach blossoms pictured in front of snow mountain in Tibet 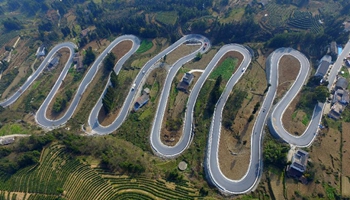