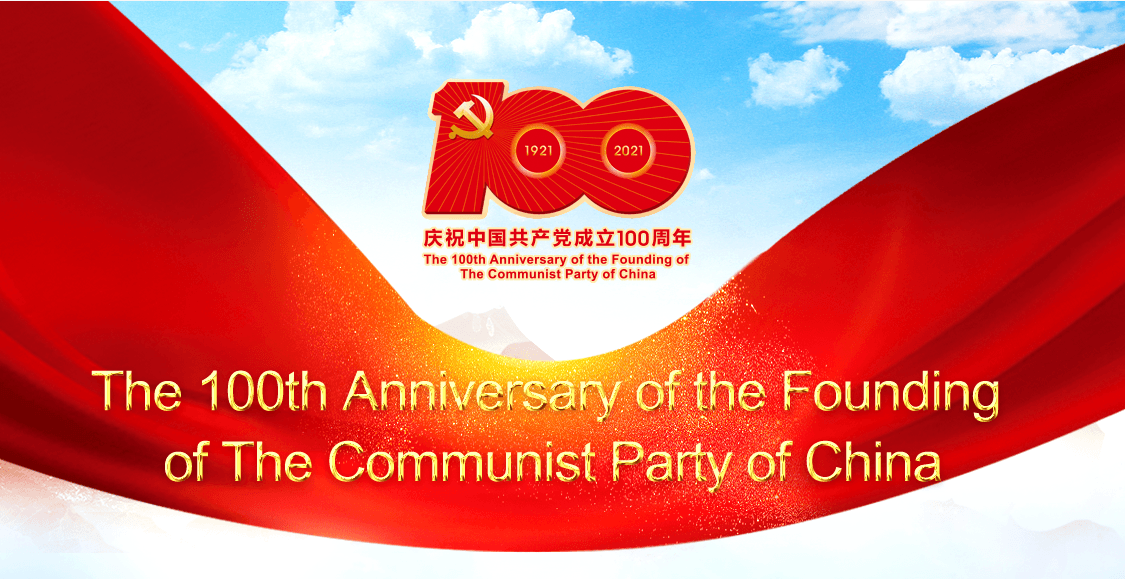 Xi Jinping, general secretary of the Communist Party of China (CPC) Central Committee, Chinese president and chairman of the Central Military Commission, delivers an important speech at a ceremony marking the centenary of the CPC in Beijing, capital of China, July 1, 2021. (Xinhua/Ju Peng)

The achievement marks a key milestone for the world's most populous country on its journey toward national rejuvenation.

"This means that we have brought about a historic resolution to the problem of absolute poverty in China, and we are now marching in confident strides toward the second centenary goal of building China into a great modern socialist country in all respects," said Xi, also Chinese president and chairman of the Central Military Commission, at a ceremony marking the CPC centenary at Tian'anmen Square.

The achieving of moderate prosperity, or Xiaokang in Chinese, is measured in consideration of multiple aspects such as the economy, democracy, science and education, culture, society and people's lives. The requirements include doubling the country's 2010 GDP and per capita disposable income by 2020.

Xiaokang is a phrase about well-off life first mentioned in the Book of Songs, China's first anthology of poems dating back more than 2,000 years. An idea cherished by the Chinese people for thousands of years has become a reality in today's China.

Late Chinese leader Deng Xiaoping once used Xiaokang to describe Chinese modernization, and first proposed building a Xiaokang society. The 12th National Congress of the CPC in 1982 set the achievement of Xiaokang as a goal. Later, Xiaokang was included in the country's three-step strategic plan for economic development.

The country realized Xiaokang on the whole at the end of the 20th century. In 2002, the CPC put forward the aim of building a moderately prosperous society in all respects. The 18th National Congress of the CPC in 2012 set the goal of completing the building of a moderately prosperous society in all respects by 2020. The standards of and requirements for Xiaokang became increasingly comprehensive and strict.

The CPC stressed that no one should be left behind on the path to a Xiaokang society. In the past eight years, China focused on areas of extreme poverty, and lifted the final 98.99 million impoverished rural residents out of poverty by the end of 2020.

Over the past 40-plus years, the country has lifted 770 million people out of poverty, meeting the poverty eradication target in the United Nations' 2030 Agenda for Sustainable Development 10 years ahead of schedule, and resolving its greatest challenge in building a moderately prosperous society in all respects.

Li Weiyun, from Xiuyun Village of Cangxi County, southwest China's Sichuan Province, has keenly felt the changes in his village. With the development of eco-agriculture, many villagers have moved into multistory homes and purchased cars.

"Now a good life has been achieved at home," he said. He brought in an income of 200,000 yuan this year by growing peaches.

"It is a tremendous contribution to the world that 1.4 billion people are living a Xiaokang life," said Liu Endong, a professor with the Party School of the CPC Central Committee.

Such a feat has become a reality only under the leadership of the CPC, which "puts the people first, has strong execution capabilities, and upholds socialism with Chinese characteristics," he said.

"China's success in achieving Xiaokang has made important contributions toward the Sustainable Development Goals and provides valuable lessons for other countries in the global fight against poverty," said Beate Trankmann, resident representative of the United Nations Development Programme in China. ■